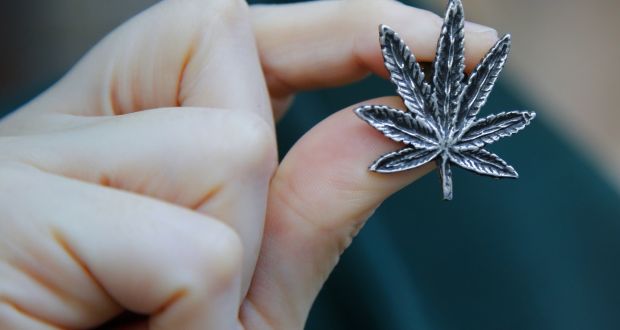 Noreen O’Neill from Cork will travel to Barcelona to secure CBD, a cannabis-based oil, for her two-year-old son Michael to treat his drug-resistant epilepsy. Photograph: Nick Bradshaw/The Irish Times

The system to allow the import of cannabis-based medicines to Ireland for serious illnesses is not working because it has a “chill factor for neurologists”, the Dáil has heard.

Solidarity TD Mick Barry made the claim as he highlighted the case of Noreen O’Neill from Wilton in Cork who will travel to Barcelona on Monday to secure CBD, a cannabis-based oil, for her two-year-old son Michael to treat his drug-resistant epilepsy.

Mr Barry said the Irish health system is forcing people to travel abroad to seek healthcare, particularly for their children, because doctors are refusing to apply for licences to import these drugs.

The Cork North-Central TD said Michael suffers up to 20 convulsions a day and 10 different anti-convulsion medicines offered by the HSE did not work.

She began treated her son with the cannabis-based oil and he remained seizure-free four months after which the dosage was increased. He is now at its maximum dosage level.

His treatment is being overseen by a clinic in Barcelona through Skype and the medicines his mother will bring back on Wednesday will do until the end of January.

Ms O’Neill had gone to three neurologists but each had declined to apply for the licence to import THC, a stronger cannabis-based medicine to treat his epilepsy.

Under the licensing system a consultant can apply for a licence to import cannabis-based medicines to treat in cases of multiple sclerosis, for intensive nausea and vomiting after chemotherapy and for treatment-resistant epilepsy.

Mr Barry said “there is a chill factor for neurologists” because the cannabis-based medicine is schedule 1 drug, not prescribed for medical purposes and “illegal beyond a very, very low dosage and neurologists are nervous about the position”.

Mr Barry asked if, when Ms O’Neill returned to from Barcelona, she would be taken aside by customs officials and if they would confiscate the medicine, and he said she would be filming her return.

The Solidarity TD said that only 12 licences were in place to import the medicines, which he said was less than 1 per cent of the people who need it have got it.

Under the licensing system people should not have to go abroad “but your Government still forces people to go abroad for the healthcare needs of their children”.

Tánaiste Simon Coveney, replying for the Government said that every licence that had been applied for had been granted.

He said “we are trying to ensure that neurologists understand that these products are available”, but they were only licensed from Canada and Netherlands.

Mr Coveney added that Department of Health officials were working intensively “to ensure that we can streamline the process whereby appropriate cannabis products come into Ireland so that children can get the treatment they need when they need it”.

He believed that was different from what Mr Barry wanted. “The only focus here of Government and the Minister is to ensure that appropriate products of the right standard are being used by patients in Ireland under the supervision of doctors.”

He said the Minister for Health had shown a willingness to ensure that where a doctor seeks a licence that it is granted as quickly as possible.

Mother ‘felt like criminal’ after being stopped with medicinal cannabis

CBD: What’s the story with this legal cannabis constituent?

CBD Oil for Mental Health—Should You Take It Too?