‘I was only trying to get medicine for my son’: Dublin Airport security seized THC 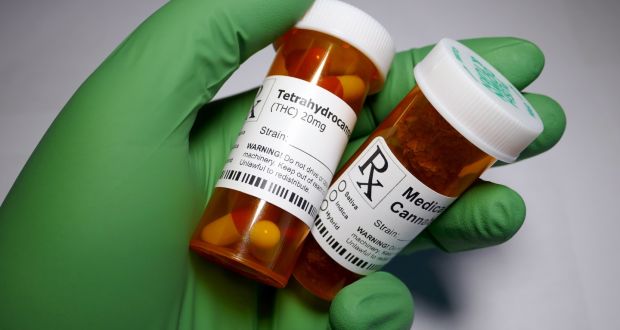 The Department of Health has previously said the decision to prescribe or not prescribe any treatment, including cannabis treatment, for an individual patient is strictly a decision for the treating clinician. Photograph: iStock

The mother of a toddler who suffers from intractable seizures who travelled to Barcelona for tetrahydrocannabinol (THC) medicinal cannabis has said she felt like “a criminal” after airport security in Dublin seized his medication.

Noreen O’Neill, mother of two-year-old Michael, flew to Spain on Monday in order to pick up her prescription for her son. The child is currently taking CBD oil but is at the maximum dosage for his body weight. He requires the more potent THC medicinal cannabis, she said.

Ms O’Neill travelled to Barcelona amid concerns that his condition could seriously deteriorate over Christmas.

Without the THC, Ms O’Neill is powerless to help Michael if his seizures get out of hand as all his pharmaceutical medication has failed, she said.

Ms O’Neill, who lives in Wilton in Cork, says she was devastated when the security officials took the three small bottles of THC, worth €300, for which she had travelled at the cost of close to a €1,000 to acquire.

Ms O’Neill said she was stopped at the airport just before 1pm on Thursday. “They had spotted me and were radioing ahead,” she said.

“He ( a security man) came out of an office in a bit of a panic and was muttering in to a radio. I felt like a criminal. I was like El Chapo or something – I was only trying to get medicine for my son. ”

She said the officers displayed empathy but they had a job to do. She has no personal animosity towards them.

Michael was on 10 medications before he was 16 months old all of which didn’t register any improvements, she said.

Ms O’Neill said prior to taking CBD oil Michael was unable to sit up, reach, roll smile or lift his arms, legs or head. He was also without the ability to swallow and was fed through his nose.

Ms O’Neill said with the three bottles of THC she could have eliminated Michael’s seizures for months.

She has been inundated with requests for information from families all over Ireland who are in similar situations.

She said: “I was talking to somebody whose child had to be put in an induced coma and they were told he was going for ‘a little sleep’.

“The staff at the clinic in Spain couldn’t believe what I was telling them. The child just needs THC. The secretary in the clinic gave me a hug. Everyone was so warm and friendly.”

Ms O’Neill said her son was at “death’s door” when she first started giving him CBD oil last January.

Prior to starting CBD oil Michael nearly lost his life on a flight home from New York, said Ms O’Neill. The flight had been diverted to Newfoundland in Canada as Michael went in to respiratory distress. The pharmaceutical medication prescribed to him had helped his seizures.

However he had been silently aspirating his milk, as the muscles in his swallow phase were limp due to the drug, she said. This resulted in him being unable to to close off his airway.

Michael was admitted to hospital on January 3rd of this year to begin anti convulsant number 10. He was averaging up to 15 seizures a day.

Ms O’Neill decided to personally administer CBD oil to him January 5th and he was seizure free three days later. He has not had a single acute hospital admission since his first dose.

Ms O’Neill said she is devastated by the trauma families are going through as they attempt to get licences for medicinal cannabis for their children.

“I have had parents coming to me whose children are having seventy seizures a day. The family are in an awful way. What do you say? The clinic in Barcelona are chock-a-block with people like me coming,” she said.

Ms O’Neill is calling for country-wide access to medicinal cannabis through our doctors on the Long-Term Illness Scheme and General Medical Services Scheme.

She said: “We demand that no further delay be allowed by logistical negotiations between the HPRA and potential pharmaceutical distributors here.

“I have said in previous correspondence to [Minister for Health Simon Harris], and now I say it to each official of the HPRA; there will be no let up in our efforts to secure this life-changing medicine for our children. Our backs are to the wall. We have tried and failed every other option.

“We cannot and will not stop pursuing every avenue to obtain what our children need to stay alive.”

Ms O’Neill said Michael is at risk of developmental delays unless he obtains THC to treat his condition which is called bilateral frontal polymicrogyria. It involves him having too many folds on the frontal lobes of his brain.

Ms O’Neill has taken leave from her job as a teacher in Co Kerry in order to care full time for her son. She and Michael moved to Cork so that they could be closer to Cork University Hospital in the event of an emergency. They hope to return to Kerry for Christmas.

The Department of Health has previously said the decision to prescribe or not prescribe any treatment, including cannabis treatment, for an individual patient is strictly a decision for the treating clinician, in consultation with their patient and that Minister for Health has no role in this clinical decision-making process.

DOCTORED MARIJUANA GIVES RELIEF TO BOY WHOSE PARENTS FOUND NO OTHER...