Is this non-psychoactive, widely available cousin of marijuana a health godsend or a fad? 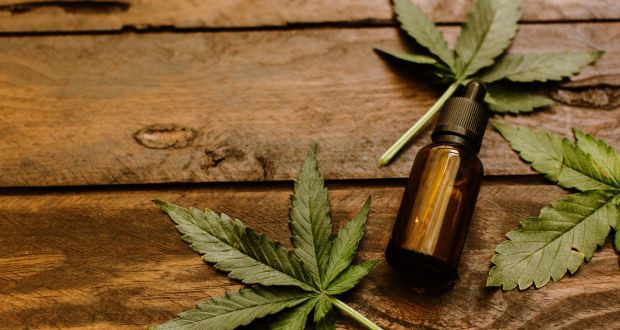 All of a sudden cannabidiol – better known as CBD – is everywhere, purporting to cure assorted ills from insomnia to inflammation and anxiety to acne. You can vape it, drink it as a tea or hot chocolate. You can apply it as a lip balm, moisturiser or mascara. You can consume it in capsules, drops or chocolate infused with “lavender and black pepper”. You can take it as a power shot before a workout. You can even get some for your dog.

The question for many of us, however, is why would you want to? Is this non-psychotropic, readily available and legal cousin of marijuana the miraculous panacea that the rave reviews online appear to promise? Or does all the hype – the New York Times recently referred to it as “the chemical equivalent to bitcoin in 2016” and (in the same article) “the new avocado toast” – mean that the wisest approach might be one of scepticism?

Let’s start with the chemistry. CBD is a cannabis derivative, one of hundreds of compounds in the plant that scientists know about so far. It doesn’t contain the psychoactive component tetrahydrocannabinol (THC), and so it isn’t banned.

David Finn, professor of pharmacology and therapeutics and co-director of the centre for pain research at NUI Galway, explains the difference: “Cannabidiol is one of the most-studied constituents within cannabis, along with THC. THC is the constituent that’s responsible for the well-known psychoactive effects – the euphoria, the short-term memory loss, the high. CBD is not associated with the same kind of pharmacological effects. However, that doesn’t mean it has no effect on the brain.”

Tommy Keating is one of three owners of CBD Ireland, an online store and bricks-and-mortar operation in Waterford city. The bright, airy premises was deliberately chosen because of its position opposite the Garda station, and its vast expanse of windows, to counteract some of the public confusion over whether CBD is actually legal. And it is, as long the THC is below 0.2 per cent and no health claims are made for it.

The shop sells takeaway CBD coffee, tea and hot chocolate (containing 10 per cent CBD), CBD chocolate, capsules, protein balls and granola bars, and a range of oils and vapes. Keating offers me a CBD latte. I sip it gingerly. It tastes like a regular latte, with no unpleasant herbal aftertaste. It doesn’t make me giggle or fall asleep.

“I equate it to non-alcoholic beer,” says Keating. “The high from cannabis with THC will change your thought process – it can slow things down or speed things up. It might make you paranoid, or you might find things funny. CBD doesn’t have any of those effects. A lot of people report that they just get a nice feeling of relaxation from it.” However, as with other better-known constituents of cannabis, the effects vary from person to person, and even with the time of day.

I can’t say that I notice any major effect from the coffee. (Full disclosure: this isn’t my first time. A friend introduced me to CBD chocolate a few weeks ago and I had a square after dinner. I felt completely normal, and slept well, but the next morning I had trouble waking up. My arms and legs felt pinned to the bed. Keating suggests that might have been something to do with the interaction of the CBD and the volume of wine consumed at dinner.) After the CBD latte, I work productively, slightly later than usual, and sleep well, but that could be the placebo effect. A sample size of one is meaningless.

Keating’s shop also sells CBD as a type of grass, or “buds”, or in a solid form, called a polm. Disclaimers say neither is recommended for smoking, but evidence on the internet would suggest that quite a few people try anyway. So are all his customers students trying to wean themselves on to a “healthier” version of marijuana? Keating laughs. “Not at all. The average age of people coming in here is in their 60s or 70s.”

That’s because, he says, the majority of his customers aren’t looking for the non-high high. Instead they’re interested in “the reported health benefits. I had a guy in the other day buying some flowers for his 70-year-old mother. She sent him in to get it for her, because she wasn’t able to sleep.”

This is where purveyors of CBD have to be careful. Keating points out that any of those reported benefits – users talk about CBD helping with sleep, anxiety, depression, pain and inflammation – “are anecdotal”.

But that is changing. Last summer the US Food and Drug Administration (FDA) approved a CBD-based drug called Epidiolex for use in children to treat seizures associated with two rare and severe forms of epilepsy. That’s one of the most interesting areas of research, Finn says. “There’s some evidence it can be effective for inflammatory pain and anxiety, too. These are the three frontrunners in therapeutic effects currently.”

Other studies are looking at the combined or “entourage” effect of THC and CBD – the future of medical cannabis will depend on researchers teasing apart the different constituents, and figuring out when they’re best used together and when they’re better apart.

Finn cautions against people who suffer from pain or anxiety rushing to their nearest health-food store to stock up on CBD. Oils and extracts available on the high street and online “may not have been tested rigorously and so it is difficult for patients to know with certainty what they are taking, what concentration is in those products, how variable it is [or] what other constituents might be in there.”

Although he is positively inclined towards CBD overall, what’s in danger of being lost in the hype, Finn says, is that “it’s a drug. And like most drugs it can have beneficial uses, but it can also have adverse effects. For the most part it’s well-tolerated, but there are effects like sedation, lethargy some gastrointestinal issues and the potential for drug-drug interactions.”

It is not true to say that CBD has no effect in the brain, he adds. “It has some psychoactivity; it’s just a very different type of psychoactive effect compared to THC. It can reduce anxiety, it can have some anti-epileptic effects. It is, generally speaking, well tolerated, but the message would be that if people are considering taking CBD, they should do so in conjunction with their doctor. It’s not a cosmetic, it’s not a health food. It has pharmacological activity.”

Dr David Robert Grimes, a physicist, cancer researcher and science writer, has been vocal in his scepticism about some of the claims made for CBD. “Every few years there’s some fad in health foods, and CBD is this year’s fad.”

As a cancer researcher, “I’m constantly asked by cancer patients, and members of the public, whether there is any merit in different substances for cancer. And the ones that come up most consistently are cannabis, cannabidiol or CBD products.”

THC, he points out, has “some demonstrable efficacy in treating three conditions: managing spasms associated with multiple sclerosis; some pain relief, although the evidence on that is very mixed – a lot of that is psychosomatic, and it’s not uniformly well-tolerated. The final area is that it can be used to suppress the illness associated with chemotherapy, but it’s used as a last-line measure, because it’s not stable or reliable. If you give it to some people you make them more sick.”

But the CBD widely available is not a drug, he says, it’s “a foodstuff”, and he maintains there’s little evidence for its efficacy. Some of his opposition to it derives from his concern that it is being marketed to vulnerable people as a miraculous panacea for all ills.

“When you’re faced with a serious diagnosis like cancer or MS, you’re vulnerable to well-meaning people who will ask you ‘Have you tried this?’ We have seen patients give up conventional medicine for these products because they so desperately want to believe in it. I saw a girl who would have had a good chance on chemo give it up for cannabis oil, and she was dead within a year. So these are not harmless myths to propagate.”

Grimes’s concerns are well-founded. A recent study by American Society of Clinical Oncology found that 39 per cent of people believe cancer can be cured with alternative “natural” treatments alone. Last year a Yale study found that mortality was 2½ times higher among patients with common cancers who chose only alternative medicine.

The FDA echoed Grimes’s concerns when it approved Epilodex last summer. “We’ll continue to support rigorous scientific research on the potential medical uses of marijuana-derived products,” it said, adding that it would “take action when we see the illegal marketing of CBD-containing products with serious, unproven medical claims. Marketing unapproved products, with uncertain dosages and formulations can keep patients from accessing appropriate, recognised therapies.”

The verdict seems to be that CBD should be taken with a lot of ifs – if you understand what you’re taking, if you recognise that the CBD in a shop might not have been tested rigorously, if you talk to your doctor, if you source it from a reputable provider, if you don’t mind paying the high prices involved. Oh, and if you’re taking it in the hopes it will help you sleep, go easy on the wine.

Mother ‘felt like criminal’ after being stopped with medicinal cannabis

Can cannabis oil really treat epilepsy and what would impact of...

The Doctors (TV) What You Need to know about Cannabis Oil...